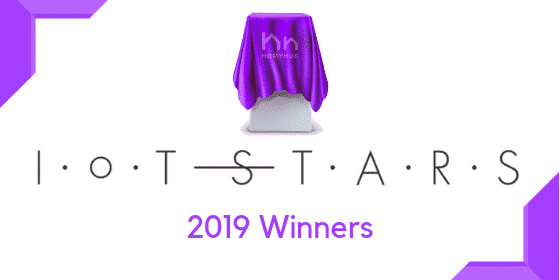 This year at the MWC Barcelona, there were three things that floated in every corner. First, companies like Samsung and Huawei competing with their new foldable phones, second the buzz by the launch of 5G and third the power of IoT and connected devices. Every company or brand or startup is trying to achieve or benefit the most from these sectors of innovation. Some knew what and why they are doing and some are just doing it to keep their banners enchanting.

Coming to the sector of IoT and the connected world, there were some really great ideas trying to change or make lives simple. From brewing industries to drones to startups helping you sleep better, everyone came with an IoT-ised notion.

HOMYHUB was among the startups presenting and the event was more special as it was the first time HOMYHUB was going to unveil its final product and packaging in front of a live audience. An audience filled with IoT experts from various corporates like Ericsson, Facebook, Startupbootcamp and many others.

How are you unlocking the full potential of garages? So you just open or close garage doors? This was the most common pre-defined notion among many of the people when they first see or hear about HOMYHUB. But it was changed as soon as Enzo delivered his pitch and explained how HOMYHUB is making garages a smart place. First by turning your smartphone into a smart garage control, allowing you to control, monitor and manage access to your garage from ANYWHERE and ANYTIME. Second by enabling a marketplace for new generation services. Services in the sector of Delivery, connected cars and Sharing economy.

HOMYHUB being the first in the world to enable the service of package delivery in garages with its partnership with Correos-the biggest logistics company in Spain, proved that garages are not just a place to park cars or store boxes. Secure delivery being the first move in HOMYHUB’s service layer aims at solving a major issue for failed deliveries for both customers and logistics operators. HOMYHUB and Correos are moving fast in launching the service in entire Spain by the end of March. Also with partnerships with some of the top automobile brands and sharing economy platforms, HOMYHUB is activating its other two new generation service layers.

Hence, that’s how HOMYHUB unlocks the full potential of garages and make them as smart and connected like your house, cars and other devices.

HOMYHUB’s product and solution really intrigued everyone during the event and hence making HOMYHUB the winners of the IoT Stars 2019. Also marking a successful product launch.

“IoT has moved forward now. It’s nothing new or amazing, rather IoT is going to be omnipresent. The thing that will matter is how companies or startups build various layers and integrate them with services.”

So with HOMYHUB, let’s unlock the full potential of garages and don’t forget to pre-register in our crowdfunding round.

Check out the link: Pre-Register Now

STAY IN THE LOOP

Designed and developed with

Any cookies that may not be particularly necessary for the website to function and is used specifically to collect user personal data via analytics, ads, other embedded contents are termed as non-necessary cookies. It is mandatory to procure user consent prior to running these cookies on your website.